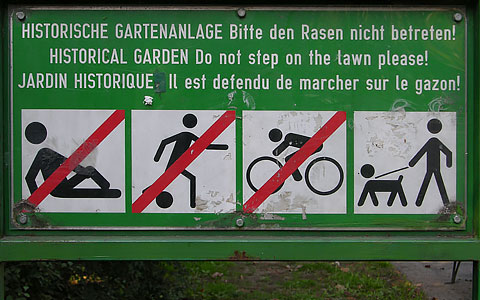 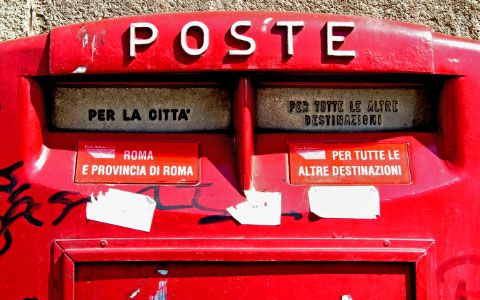 Specialization and division of labor and the thereby resulting exchange of products and services has ensured the form and cohesion of societies.

But the farmer has been replaced by agricultural machinery, the craftsman by industrial machinery, the worker by robots and the employees by computers. Work have increasingly only those, who employ themselves. These small businesses experience each other in a merciless competition. In the fight for survival, solidarity will not play a central role. After we no longer assume that others care about us, we welcome an increasing regulation of almost all areas of life. When we have the impression that the future will cause losses instead of increasing profits, we will try to ensure that that the remaining resources will not also get lost. Commands and prohibitions are no longer perceived as limitations but as something that secures the living

conditions. While society is divided into rich and poor, the ubiquitous rules mediate the illusion of homogeneity. Today, we can observe a desire for prohibitions for example in areas concerning diet, smoking and lifestyle. This does not mean that people also like to stick to rules.

Social cohesion is created by an agreement on generally accepted forms. Nothing more is understood of itself. We learn the meanings by studying the reactions of people on certain signs. As soon as we observe that violations of the rules have no consequences, they lose the intended effect.

There are many ways to feel connected with other people. People who want to act in a certain way, can join together. People often find it easier to express their views and values as part of a group. If it is not possible to experience the direct presence of like-minded people, artifacts can help to perceive themselves as part of a community. Society is not only determined but also held together by institutionalized general services. Social conventions are supported by public institutions and their activities in urban space.

Much of what was once an object of the community, was relocated to the market. From the water supply to health care, from the post office to public transport: Many of the services that were once financed by the society and made available to the public, have currently developed into profit-oriented private sector offers. As a result our relationship and dealing with these services has changed. They gradually lose their function as signs of social cohesion. Brands, religions and private institutions provide their followers with corresponding symbols. Reference points, that are accepted equally for all, lose significance. To appeal to a sense of community is becoming increasingly difficult for political parties. To attract voters, they try to address as many particularistic needs as possible. So the parties lose their freedom to act in the interests of the general public.

Youth Playground of the City of Vienna, Austria