Thomas Jefferson explained in the 19th century: »If I had to choose between a government without newspapers or newspapers without a government, I should not hesitate a moment to prefer the latter!«

In view of the historically obvious negative effects of uncontrolled exercise of power, the idea of  democracy results from the desire, to establish an organizational system that prevents the unrestrained exploitation of weaknesses.

Complex forms of cooperation have to be coordinated in some way. Common goals must be agreed and decisions have to be made. Freedom of opinion and the press is essential to enable political will to be formed.

But what if opinions contradict each other? If arguments fail to work and no consensus can be found, is violence legitimate to assert interests? Do we not experience every day that power is rarely in the public interest? If not all people are given a chance to actively shape their own living conditions, will violent op-pression, wars and power struggles be necessary? Decisions cannot be made arbitrarily. They can only be enforced non-violently if they are understood and received positively. And what forms of protest do we allow those who think differently? Democracy can only work if all realize that they can not always enforce their interests. So we should understand that it is fundamentally advantageous to belong to a democratically controlled community. This is countered by the requirement today that everyone is solely responsible for their own success and happiness. If only everyone complied with the laws of the markets, there would be no need for a common plan. All of the rules agreed upon would only disrupt and hinder the selfregulation of market movements.

Today, there are not only equal participants who meet on the markets. Dominant structures have repeatedly formed. Some of these corporations seems to have more power than democratic societies.

If power does not emanate from the powerful, but from the people, it requires a debate room in which the relevant information is available undistorted and a public discussion is fully possible. This is opposed to the idea that people are generally not rationally reachable and therefore have to be gripped by their emotions and instincts.

A large number of today's Information policy is produced out of this understanding. Gustave le Bon was one of the founders of mass psychology, and he wrote: »The art of impressing the imagination of the masses is the art of mastering them.« Rulers are replaced by opinion leaders so called influencers. However, if we know that our trust will be abused in this way, new access to vital information is needed. How can discourse spaces be created that make it possible to discuss socially determining issues in a constructive, respectful and multiperspective manner? Do we delegate these discussions to a group of politicians or do we want to participate in these discussions? How could such participation look like?

In modern, differentiated societies, it has been shown that people's actions can no longer be controlled and coordinated by a single authority and a single regulatory system. What distinguishes modernity is an increase in alternatives, possibilities and options. The idea that majorities decide over minorities is problematic if no majorities can be constituted at all. The illusion of opinions backed by majorities could be maintained as long as minorities had no chance of being noticed.

Tools are available to almost everyone today that they can use to try to make themselves heard. These tools were developed to make money with them and not to support democratic structures. The flow of information is managed in accordance to secret principles. The so-called social media therefore prove to be anti-democratic control machines.

Freedom of expression is a powerful tool, perhaps the most powerful in a democracy. Open expression requires respect for others' opinions. We have only started to learn where the limits are that are necessary to protect the dialogue that is necessary for a free society to survive.

Those who have the feeling today that they are not being paid enough attention – consider themselves as marginalized and censored. They call out: »You will be allowed to say that?« – And they mean that what they have just said has to be accepted without contradiction. This radical pluralism of opinion not only opens spaces, it also closes them.

The expectations of what can be said have increased. Should all opinions and different views, regardless of how they are presented, be equally taken into account? How do we deal with those who are indifferent to facts? Are all demands derived from religious ideas to be considered? Is it a question of arguments or is it just the balance of power that leads to binding decisions? What criteria can be used to evaluate the different opinions? Does it make a difference in the rating of a vote whether someone has intensively dealt with the facts on a topic or whether his opinion is just based only on his conjectures? Who is able to assess the quality of a statement? Do we have to take responsibility for the effects of our statements?

The general exchange of experiences, as well as the free access to important information, enable something like the self-experience of society as a community. Even in the age of digital information exchange, certain locati-ons and speciﬁc periods of time are required to process information. That everyone is now able to spread documents, does not make an important difference, as long as the control over the flow of information remains in the hand of a few institutions, companies and persons. It requires a collaborative effort to create communication systems that serve the interests of the users and not the interests of the operators.

Samuel Greengard wrote: »For better or worse, there’s a growing emphasis on news as a »spectacle« and form of entertainment than a source of information about the world.« Have we already given up the hope of coordinating among ourselves about a life that is as self-determined as possible? Have we already started to flee into virtual enclaves, in which it still seems possible for us to at least keep control over our own experiences? 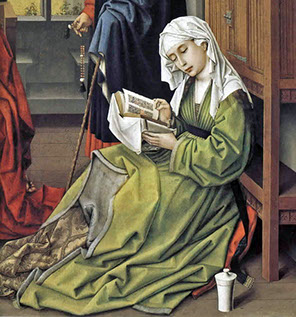 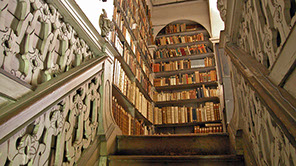 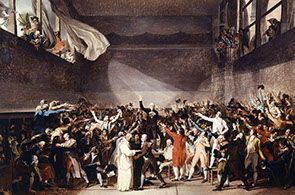 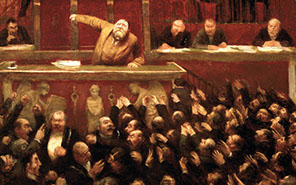 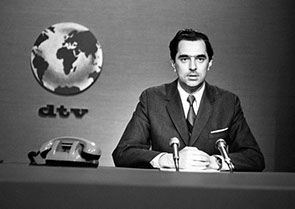 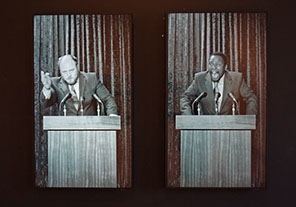